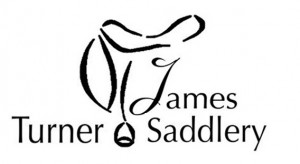 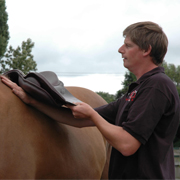 The craftsmanship we offer is equally as important as the knowledge and expertise in saddle fitting that you desire.
So we would like to extend a warm welcome to James Turner Saddlery
http://www.jamesturnersaddlery.co.uk/ www.facebook.com/James-Turner-Saddlery – Qualified saddler and saddle fitter
Now representing Bliss of London in Berkshire, UK, Thames Valley and surrounding areas. Contact him on 07766 102 904

James has been involved in the horse world since he started riding at the age of 5. After he left school, he spent a time up to Intermediate level whilst running a livery and training yard. He started his saddlery career in 2000 after he had a ‘difficult’ horse’s saddle checked by a master saddler and noticed immediately an improvement in the horses way of going. He decided this was something he wanted to pursue and learn more about. James started his 4 year apprenticeship at Gawthorpe Saddlers, Hampshire and then moved to further his skills with Adrian Benge at Buttons Saddlery, Chobham.

After completing his Millennium Apprenticeship Scheme and the extensive training courses at the Society of Master Saddler’s Saddlery Training Centre; James received his certificates in bridle, saddle and harness making. James finished his qualifications in 2003 and soon after started up on his own with “James Turner Saddlery”. James continues to hunt, ride competitively and be involved in local equestrianism – training both the Garth Hunt and Wokingham Pony Clubs. He also competes and trains with the Wokingham and Bearwood Riding Club.

James provides the Thames Valley area with a wide range of saddlery skills. James Turner is a member of the Society of Master Saddlers and is a Qualified Saddle Fitter. He has a wealth of experience saddle fitting, as well as saddle alterations and all leather work repairs.

James works closely with vets and chiropractors and believes that the safety and comfort of both horse and rider is paramount. James will check existing saddles and can make most alterations on site, saving the inconvenience of being without your saddle while work is carried out.

Representing Bliss of London in the Berkshire, UK and surrounding area.