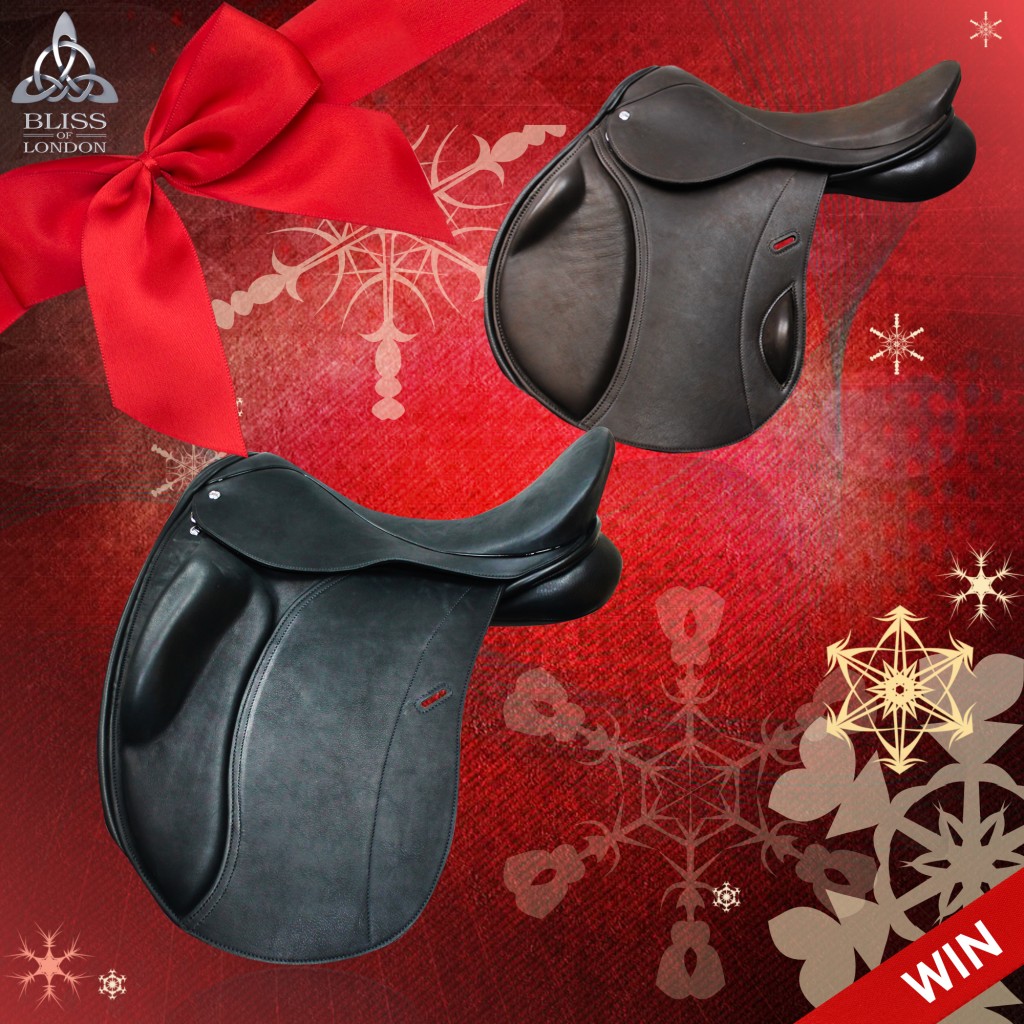 Employees of Bliss of London and their immediate families, saddle fitters, suppliers, advertising and other affiliated agencies are not eligible to enter.

Prize: There will be ONE winner drawn at random. The winner will receive a free Loxley Monoflap Dressage or Loxley Monoflap Jump saddle of his/her choice. Should the winner be within an area serviced by one of our Bliss fitters a full saddle fitting evaluation will be offered. If the winner is outside of a serviced area the saddle will supplied based on seat and standard options of width fitting. The prize is non- transferable and no cash alternative will be offered.

Prize redemption: The winner will have a period of 7 days to respond to the announcement to make the claim by providing email, telephone and mailing address details in writing. Should the winner be unable to be contacted or fail to comply with these requirements an alternative Winner will be re-drawn.

Liability: The Winner accepts that the announcement will be made public and will be featured on the Bliss of London website and may also appear on other related social media and publicity. The company and its promotional and advertising agencies, and all respective officers, directors, employees, representatives, and agents of each, shall have no liability and shall be held harmless by Winners for any damage, loss, or liability to persons or property, due in whole or part, directly or indirectly, by reason of the acceptance, possession, use, or misuse of prize or participation in this promotion. The company reserves the right, in its sole discretion, to cancel, terminate, modify, or suspend part or all of this promotion should virus, bugs, unauthorised human intervention, or other causes beyond the control of The Company corrupt or impair the administration, security, fairness, or proper play of the promotion. The Company and its promotion and advertising agencies, and all respective officers, directors, employees, representatives, and agents of each, are not responsible for technical, hardware, software, or telephone failures of any kind, lost, interrupted, or unavailable network connections, fraud, incomplete, garbled, or delayed computer transmissions, whether caused by The Company, users, or by any of the equipment or programming associated with or utilized in the promotion or by any technical or human error which may occur in the processing of submissions which may damage a user’s system or limit a participant’s ability to participate in the competition. The Company reserves the right at its sole discretion to disqualify any individual The Company reasonably believes to have tampered with the entry process or with the operation of the promotion, or who is found to be acting in violation of these Official Rules.